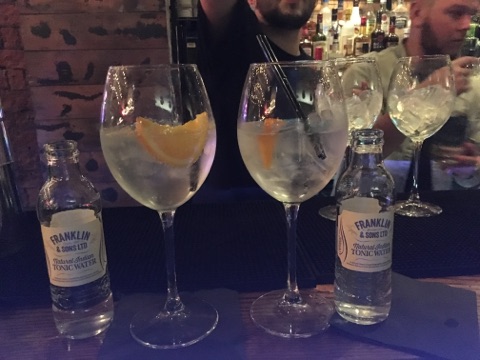 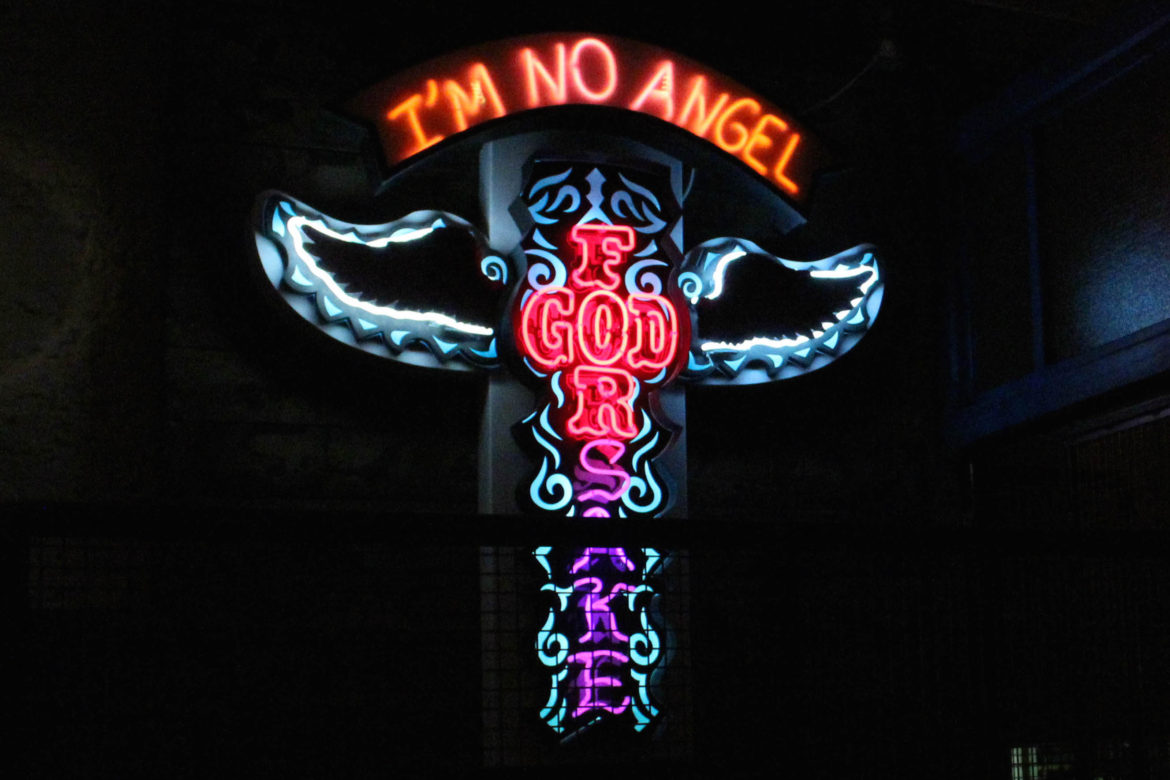 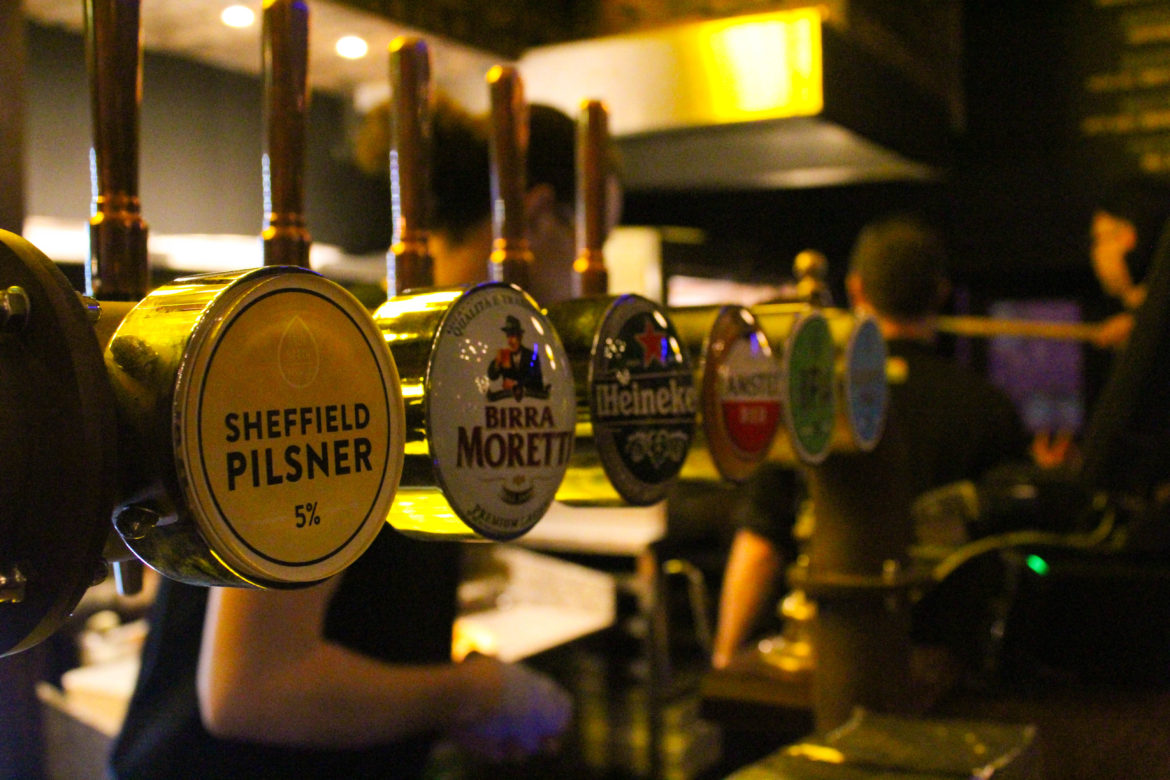 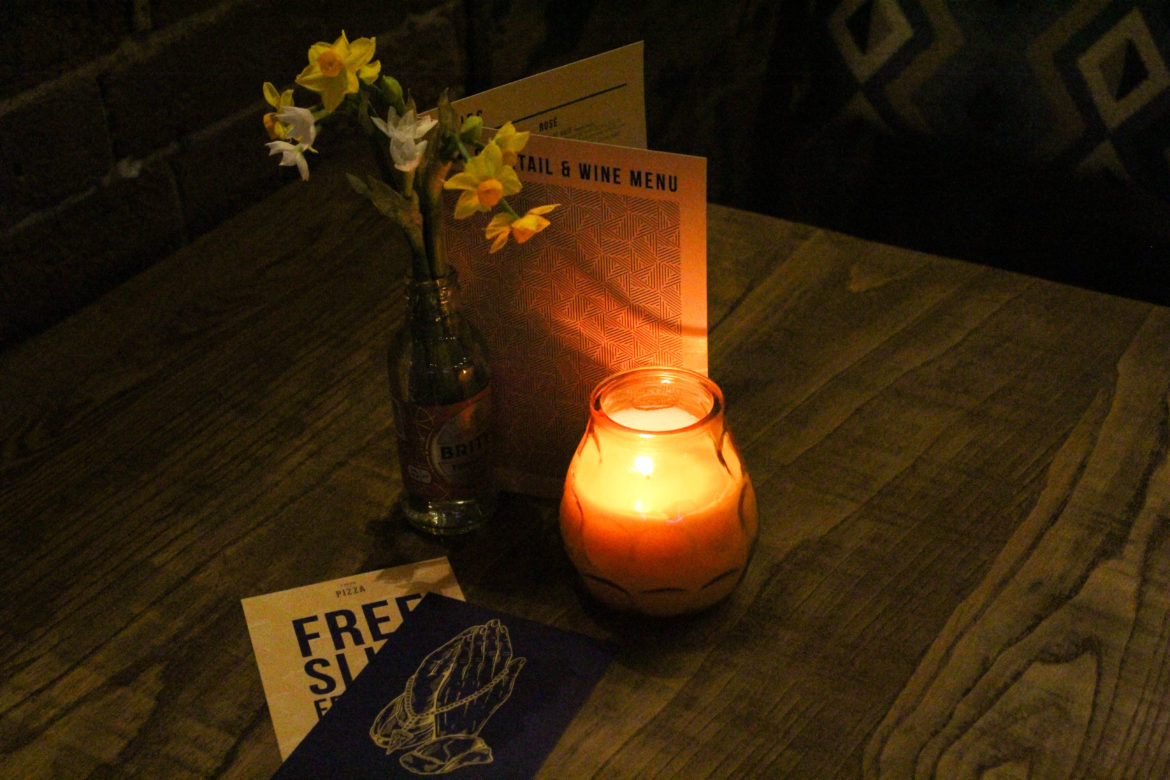 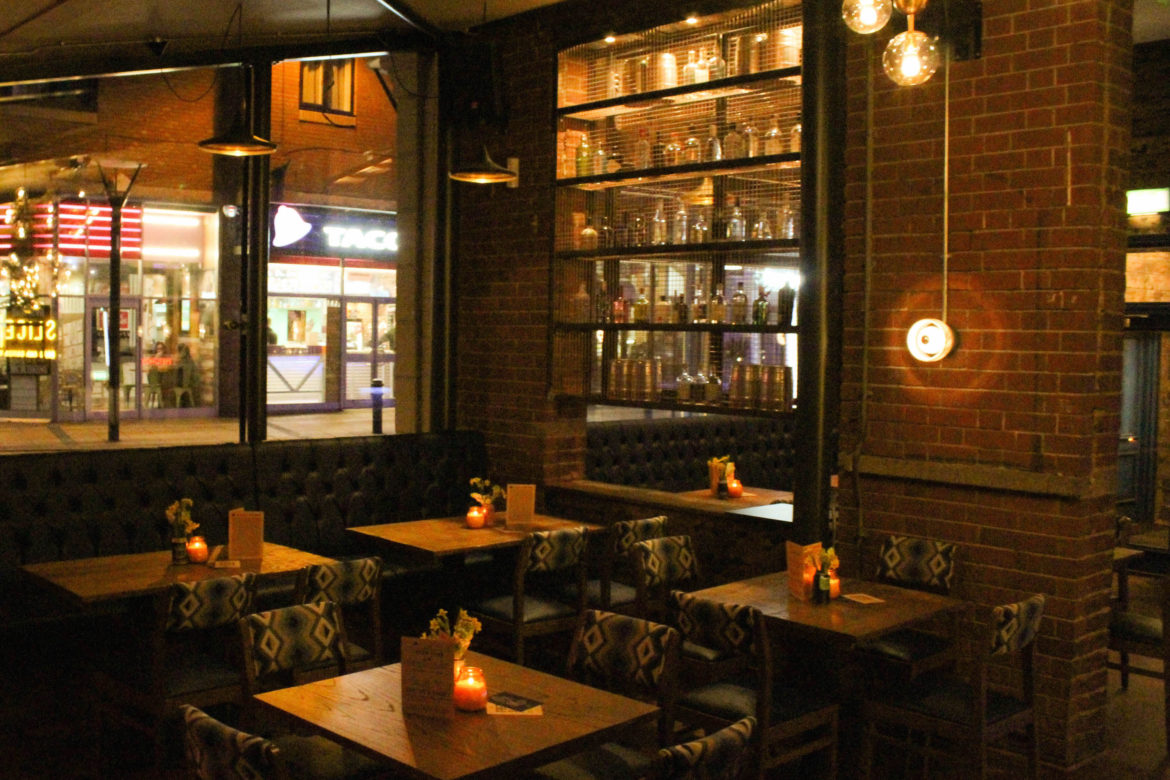 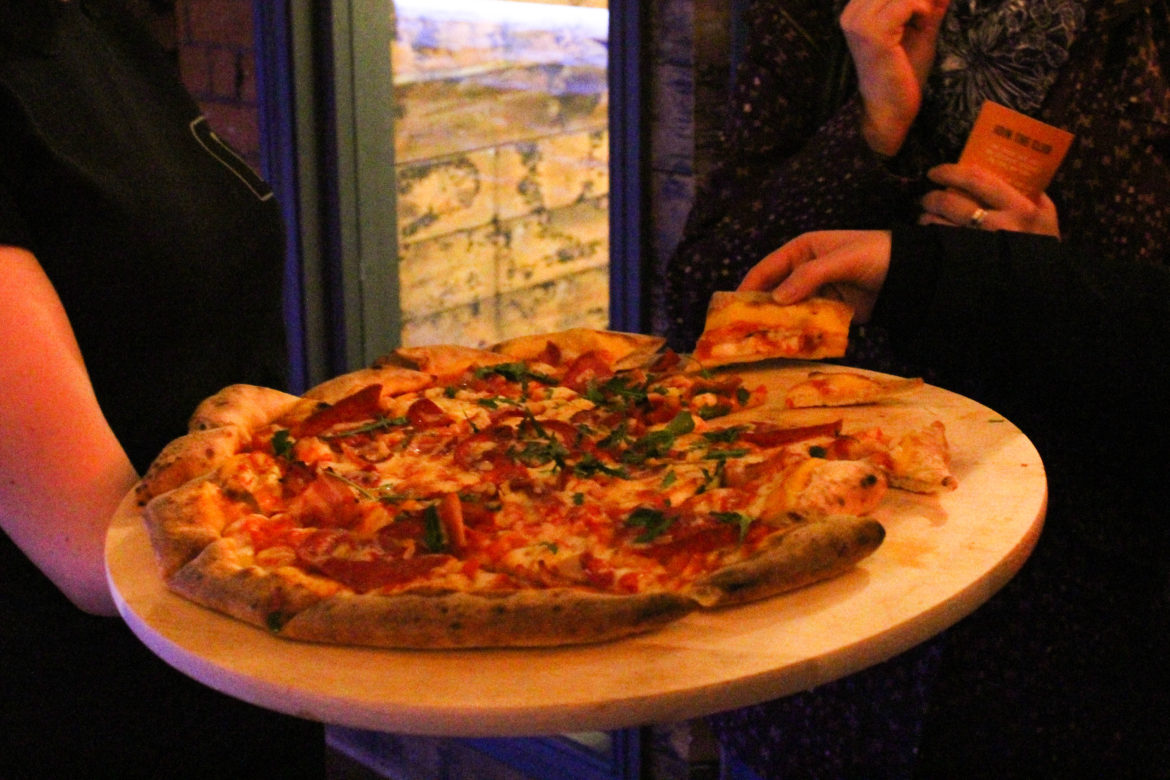 When I heard that Trainspotting was going to have a sequel with the original cast, I started thinking back 20 years ago to the age of 24, and seeing the film and loving it. I read most of Irvin Welsh’s books at that time, some very gruesome in parts I can tell you! but it was an era of clubbing and great music. Born Slippy was such a familiar tune for that time. Thinking of the old film made me definitely want to go see the new one, even if just for old times, it doesn’t even have to be that good a film. Just for it to bring back many memories I have of being in my early twenties, and the fun times I had. 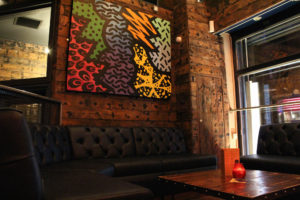 Then I got the news that one of my all time favourite bars in Sheffield was having a huge makeover, a £250,000 one to be exact, and that I was invited to go check out the new interiors and enjoy an evening there. Not only was I thinking back to the early 90’s, but it just seemed like all at once everything is going around in full circles again.

To describe the Forum bar and cafe to someone outside of Sheffield who has never been there, it was a bar and cafe set up in 1992 by Kane Yeardley at the end of what we now know as the Devonshire Quarter. The Forum was the spark of a new generation of entrepreneurs, designers, artists, that created an urban cool area full of independent shops and businesses. It had an indie feel, with a walk through from the bar to an array of shops, retro clothes, fashion shops all under the same roof. Saturday’s would be a day of popping into the bar for lunch, then wander around the shops at what to buy.

Shakespears Sister was in the charts with Stay,

The Shamen caused controversy with its song Ebenezer Good, which pushed it up to the top of the charts.

This iconic bar had an edge that Sheffield needed, and we loved it so much. Many nights years after was spent going in there, to dance and drink and be with my friends, sometimes my hubby. The feeling that this bar could be a cafe in the day and turn into a nightclub was cool, it had a vibe and always played decent music you could dance to. 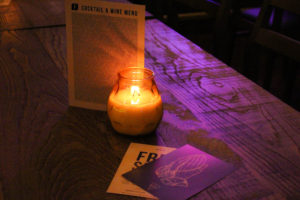 Celebrating its 25th Anniversary means this place has been through a few refurbishments, but this time it feels like a whole new bar! the interior designer for the project is Theresa Lang, who has been employed as senior designer for all of the forthcoming projects for True North Brew co. Theresa 36, has a huge amount of experience with pubs, not only from designing them but by having parents and grandparents that have been managers and proprietors of various restaurants and venues. While studying Interior Design Theresa had jobs as a waitress and worked in bars, so understands all that is needed when it comes to the front of house and how to make it stand out for the customer. Having worked with people like Hugh Fearnley-Whittingstall (River Cottage) and major pub chains designing for them, all of this came as a great asset to help with this design. Theresa had been discussing concepts for the project last spring and the refurbishment has been a year in the making which you can tell as the details are just right. Kane the owner had set up True North Brew co, and incorporated the Forum cafe and bar in 2015, which meant he could use the bar as a great showcase for his own beers and gin, which is something Sheffield folk love. If you haven’t heard of Sheffield Dry Gin yet, then I suggest you go try it, gorgeous and so good for it to be local!

The outcome of the bar and now kitchen, is an industrial look with a glam edge. So many on-trend things going on. The teal blue of the doors is still thrashed around Instagram interior pages as a new colour we should all love and mixing it with warm metals bronze, and brass, makes it stand out even more. 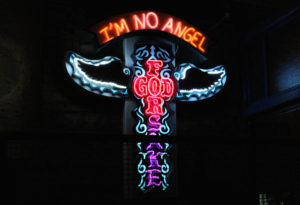 Neon being a super trend makes the DJ box look the ultimate place you would want to venture up to and request a song! do people still do that? The neon sign saying I’m no Angel For God’s Sake has a vibe all to itself. My thoughts are my 19-year-old will love it in here as much as me. That is the thing about this place, it has nostalgia for folks my age, and then it keeps moving with the times and always stays current. Theresa said the look she wanted was a luxury brewery bar, and I feel that is a good description of the new look. The bar itself is clad in wood, that is made to look reclaimed. This sits very well with the brass lighting and the reclaimed parquet flooring that came from an old building in Scotland, and then add a mix of 50’s looking chairs makes the whole place have an eclectic mix. Having an eclectic taste I love mixing old and new. The great thing about this look is it is always adaptable and can move and change should it ever need to. 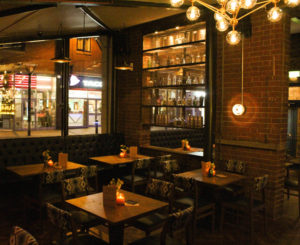 Exposed brick creating a wall and a wonderful wire cabinet are a new addition to the bar area sectioning off what used to be such a big space, now has been given a more defined focus with little corners you can imagine smooching up to your loved ones. Bespoke lighting is mixed with lots of other pieces and gives an effect of wanting to wander around each corner to see what lighting might be there. 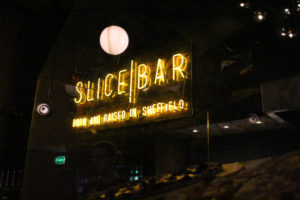 Downstairs has the new slice bar, a pizza counter where you can buy a whole pizza I must say they are huge! or you can buy a slice for a couple of pounds. Personally, I like this idea, having seen it work so well in one of my other favourite bars Crazy Pedros in Manchester, I see this really taking off for people who are out drinking and just want a quick bite to eat without actually leaving the bar, in my case more time for more gin. I noticed on the evening when I was drinking my Sheffield Dry Gin, that there are about 40 different gin’s to try and well that sounds like a good night out to me 🙂

Nothing has changed since 1992, in that this is still a great daytime place to eat and drink, and then turns into a decent bar to go out to at night. I think this is my favourite thing, that it still holds all its values from setting up 25 years ago, I will still probably be talking about this place in 20 years time! The other thing I love about it is how it pushed the independent shop scene that we know today and encouraged a great part of Sheffield that just keeps getting better.

There are Student nights planned, a Galentine’s Night on the 14th which you can watch the film Clueless, have pizza and have a bottle of Prosecco for £25.00! plus many more events and a hub for the local blogging community to meet once a month. You can pre-book booths for you and your friends to enjoy and the new Forum website is now up and running to look at.

Featured Image my own.

Photo credits to The Forum Bar. 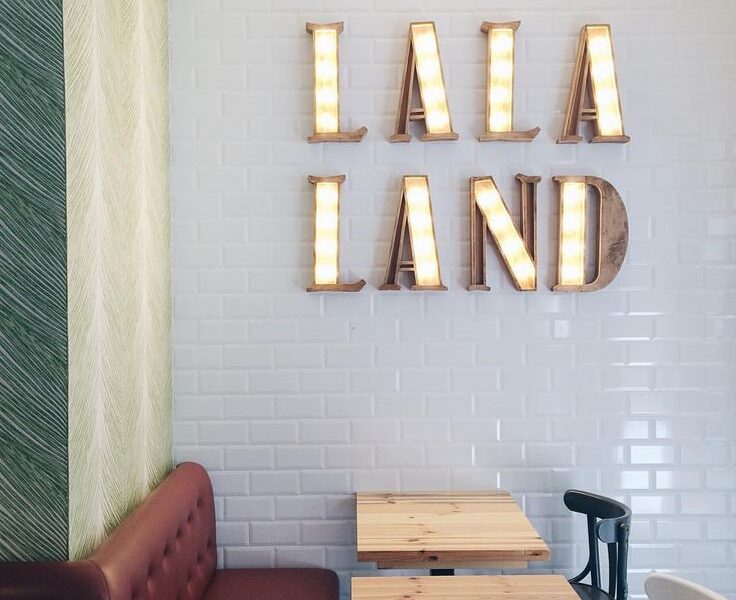 Got My Interior Mojo Back! 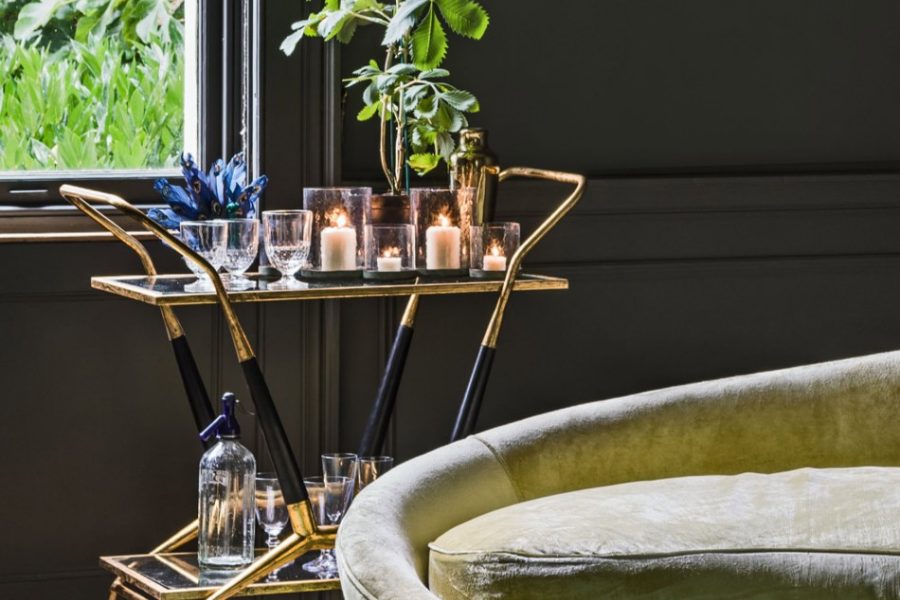 Inspiring things I have found this week 16/01