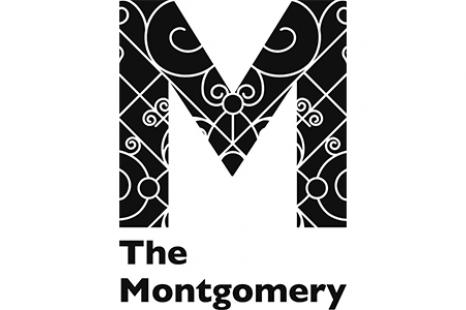 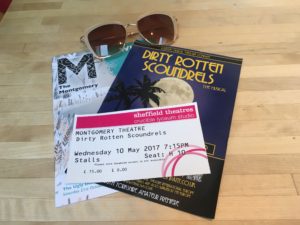 Last night I got the chance to go see the Musical Dirty Rotten Scoundrels by Southey Musical Theatre Company. Tracey from Naughty Forty Diaries had got some tickets and asked me to go. It was a light relief from stressing and decluttering from the big move! I remember the film briefly and know the stars that were in the 1988 American comedy. Steve Martin and Michael Caine were the actors in the film, but I have to admit it is years since I have seen it, plus it is also something I never thought of as being a show or musical. 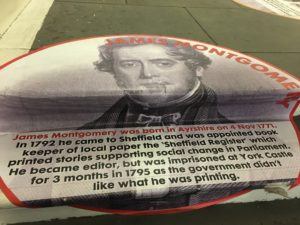 When I realised that this musical was on at the Montgomery Theatre, I thought to myself that it’s so funny I haven’t ever been to this theatre before. I love going to the theatre, having been to the Lyceum and Crucible many times, I honestly didn’t know much about this place. Residing on Surrey Street, I realise you can so easily walk straight past without actually knowing there is a theatre there at all. Built in 1886 this friendly 420- seat theatre is also an arts centre and boasts a studio space to add to its bow. It was built in memory of James Montgomery a journalist and poet who spent 62 years of his life based in Sheffield. James was thought of as a local hero and was an editor of a few Sheffield newspapers. There is also a statue of him sitting gently beside the Cathedral that I have never seen either.

There is something very special I believe about going to the theatre. I just love the atmosphere, the lighting and all the effort that goes into giving a live performance. The feelings I get when visiting the theatre is slightly different to the Cinema. Loving films I do generally remember where I was when seeing a special film, or who I might have been with. Going to the theatre I seem to feel more inspired. Heartwarming is something that springs to mind when I think of the shows, musicals and plays I have seen. Maybe it is because the actors are right there in front of you and it is live, I don’t know but I always walk away feeling lifted seeing a live performance. The effort and work involved in live shows is so intense. Huge credit to anyone that does this work for a living. Months and months of hard work to make something turn into a show stopping performance is never easy and yet when the curtains open you know you’re going to have a great time. You know the group of people hitting that stage have had blood, sweat and tears to bring you tonight’s performance and that makes you feel thankful and satisfied that the money you have paid was worthwhile. Sitting in the foyer was the latest booklet of what’s on at the Montgomery, I will make sure I keep an eye out for more performances coming up in the coming months.

Before the performance began we went and had a drink in the bar area upstairs. What a lovely bright room. The view across the city is really eye catching and having huge windows you can see from a great height across to the town hall, which is something I have never had chance to see before. The steps leading up to the auditorium and bar have an almost victorian cinema feel to it. Being built in the victorian era, the building has lots of interesting features. Very high ceilings and pretty windows.

We were seated in the lower area, and the seats were relatively comfy, I would say more so than the Lyceum. The whole front of house experience was a good one. Staff were very friendly, they showed us where all the facilities were and we weren’t in a massive queue waiting to get served our drinks. Having a great view from where we were sat, the show started and immediately there was laughter in the first 3 seconds which made me relax and know this was going to be good.

The story goes that two con men try to settle their rivalry by betting on who can swindle a young American heiress out of $50,000 first. Set on the French Riviera, a British gentleman and sophisticated Lawrence Jamieson thinks he has it made by earning all his money from cons on wealthy women, with the help of his good associate Chief Inspector Andre. Then comes along an American Freddy Benson who Lawrence thinks is brash and certainly not as good a con man as himself and so the rivalry begins. 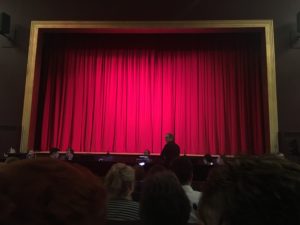 It’s cheerful, laugh out loud comedy that can only leave you getting up from the final bow with a smile and a feeling that it was definitely worth the travel out on a weeknight to see this musical. I especially loved the part of Inspector Chief Andre played by Mark Holmes. The chemistry between him and Muriel Eubanks aka Joanne Ringrose was so believable I actually wondered if there was an off-screen romance going on too. I won’t spoil the funniest moment of the show but all I can say is I am glad there was an interval so I could go and use the toilet as I laughed so much at Muriel Eubank. Just her expressions and the way she captured the audience was a delight. 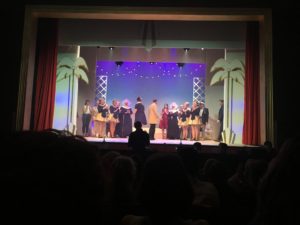 Talking of audiences, they absolutely loved the show. There were shrieks and the man sat next to me laughed so loud I thought I was going to fall out of my seat. The star of the show has to go to Ben Bason who played the part of Freddy Benson. This was Ben’s first musical theatre debut in Sheffield and he did an absolute star performance. I honestly wish him the best of luck as I think he will go far.

Tickets are still on sale, and the show is on until Saturday the 13th May.

I didn’t get paid any money to write this review, and my views are all my own. 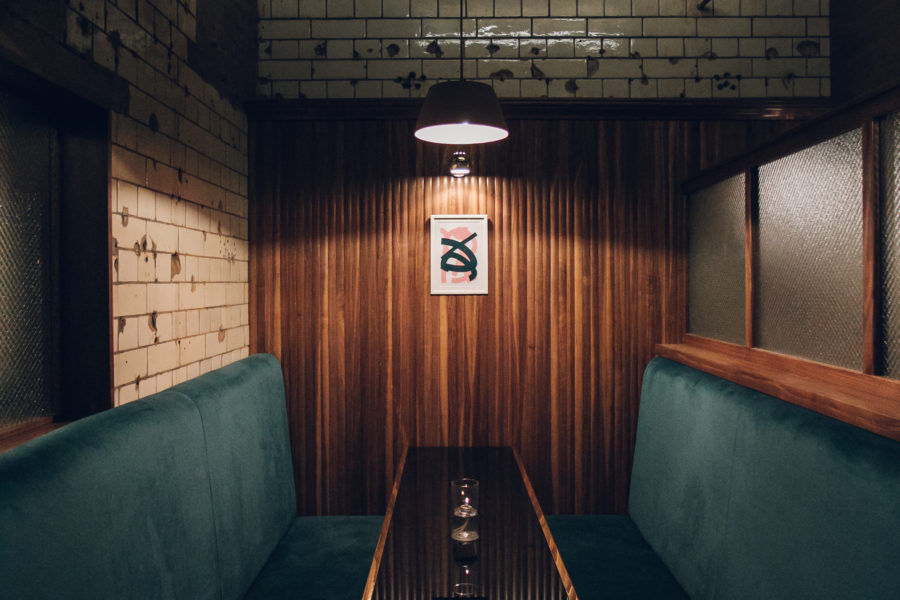 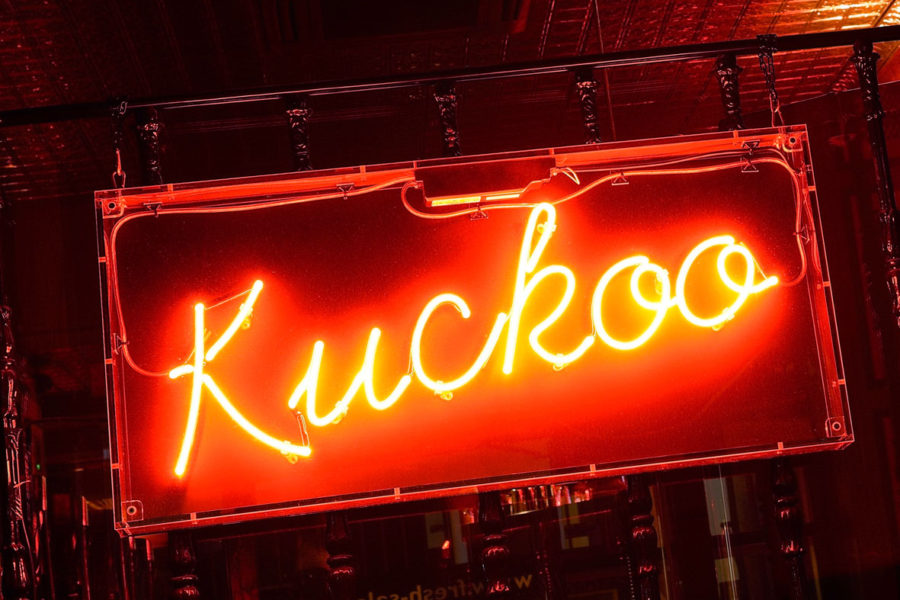 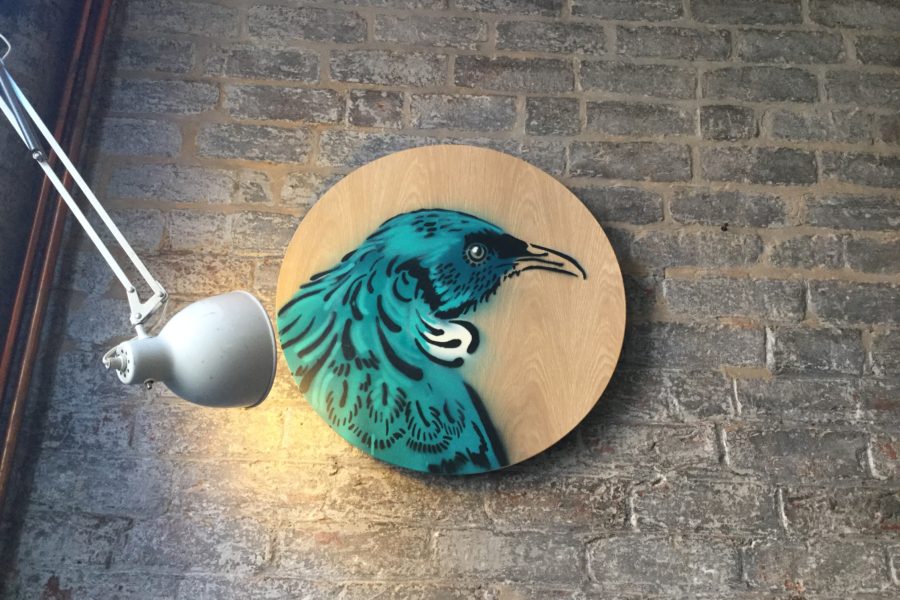 Tamper Cafe Interiors and celebrating our 20 years there.